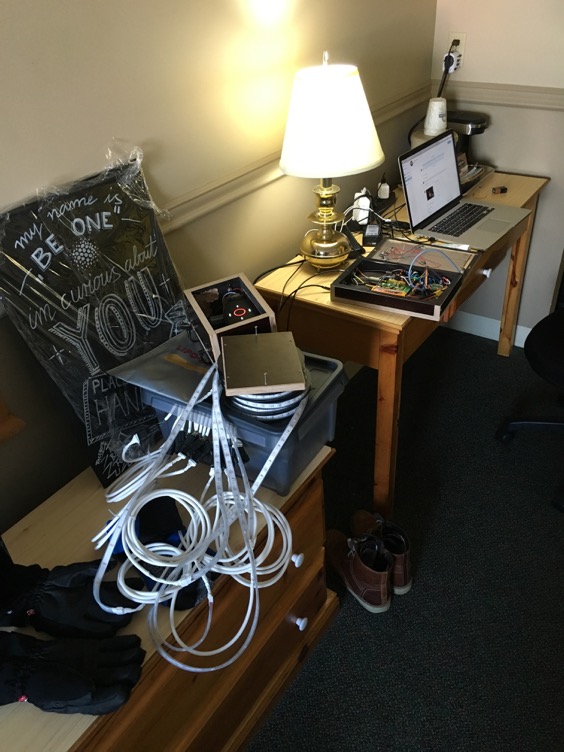 “Be one” means “Be one” and we took it serious

“Be one” is the worldwide first interactive snow sculpture. We combine snow sculpting art with “maker” art by providing a human interface to influence and control the sculpture.

Lothar came to me last year and asked if it would be possible to illuminate a snow sculpture. He explained to me that there is a international competition in February 2016 and this competition has “no rules”. In general snow carving challenges come with very strict rules on tools and what is allowed. This one is totally free so Lothar was looking for something “different”. I told Lothar that there is for sure a possibility and I started my research. After some weeks it was clear that we can illuminate the sculpture. However more ideas came up, especially when Lothar told me the name of the sculpture “Be one”. It was clear for us that we have to do more than illumination and so we said it would be great if the sculpture would interact with the observer. We ended up with a biometric sensor and finally we also added audio. To make this all happen it was clear that we have to pre-build everything at home, keep fingers crossed that we clear customs and make it all water proof. We used custom made controllers and for the ones who are interested in technology here some more details.

The “Be one” Brain

The brain of B1 is a box which we  hide in the snow sculpture to power the LED stripes attached. All LEDs are individually addressable which gives us the opportunity to basically display any pattern and color we would like. The challenge here is to program a biometric controlled sequence and even worse, to sync it with audio. “Be one” communicates with the Human Biometric Sensor via bluetooth to prevent physical connection between the powered led driver and the LiPo powered human biometric sensor. 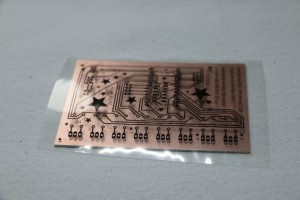 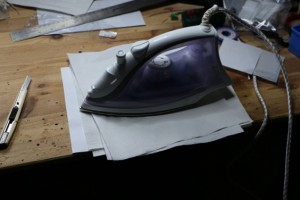 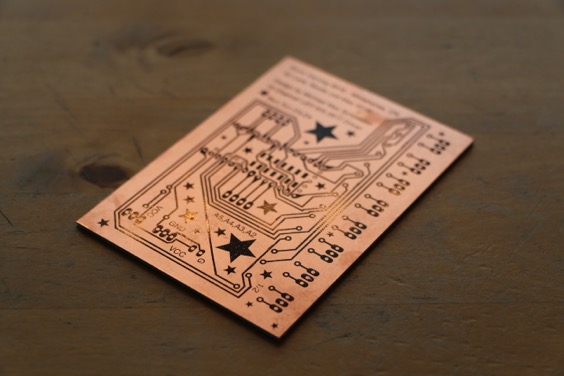 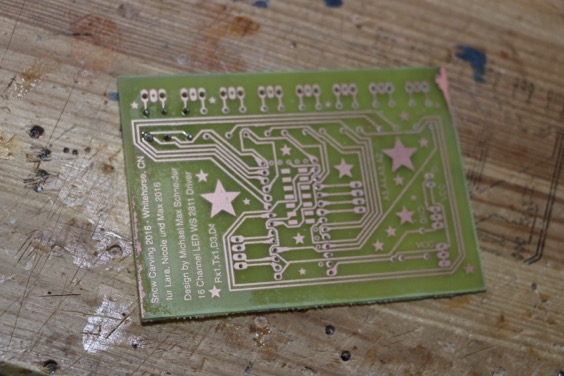 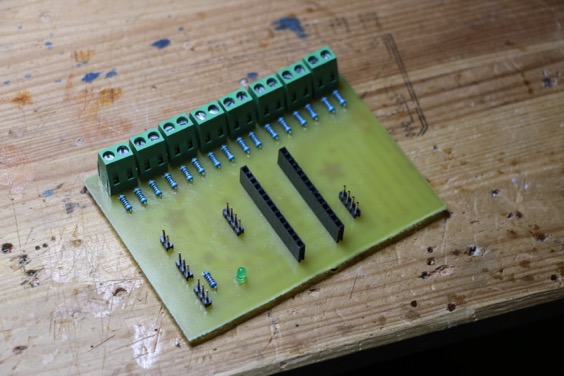 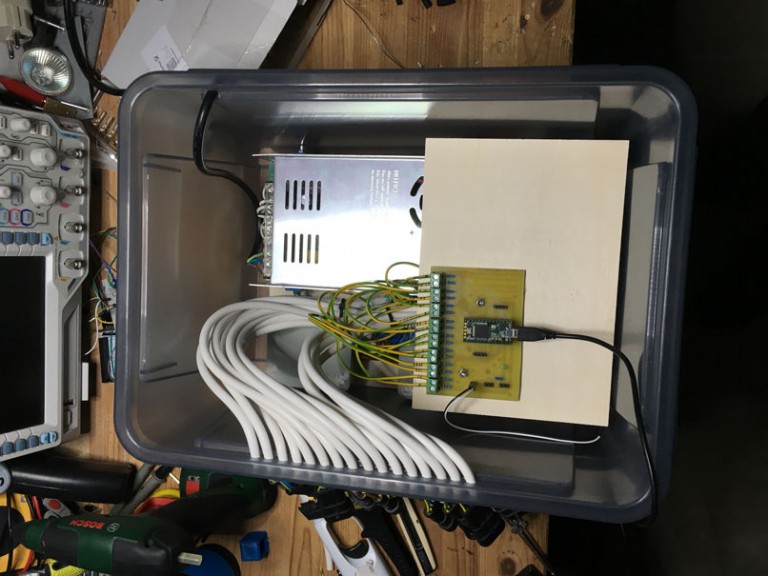 The “Be one” Human Sensor

“Be one” is controlled using a capacitive sensor plate in a beautiful case done by Andy Enderlin. The human biometric sensor uses skin capacity to measure the “mood” of the observer. The value of this measurement will be transmitted via bluetooth to the “Be one”-Brain. Depending on the value “Be one” starts interacting with the observer in a unique way. The human interface is powered by a LiPo battery and comes with two Micro-controller. A classical Arduino Mega to manage the capacity sensor and the bluetooth communication and a LINKIT One to manage Audio output. Arduino and Linkit One are connected by UART. 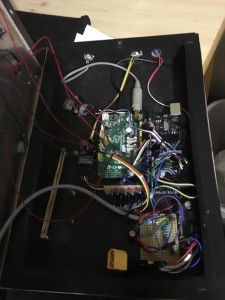 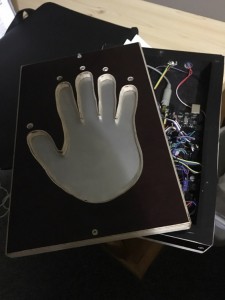 Warm hands of the people generated lots of humidity on the sensor. Finally this was not a problem. The sensor was very accurate and worked even when people had their gloves on. An automatic calibration was added to the code of the sensor to compensate environmental situations like humidity and temperature. This worked great.

Working many years for one of the biggest German Reggae Soundsystem as Sound Engineer I know what it means when we talk about loud and deep. Unfortunately it does not apply to our soundsystem for the sculpture. The focus here was more on a transportable solution than Hi-Fi. However we were impressed about the loudness of this beast. Since Lothar wanted to have the Cello sound I was composing something in the hotel room trying to sync audio with the controller. It is not perfectly in sync but nobody really discovered that. Check out the “Outtakes” section to see how Lothar live performing 🙂 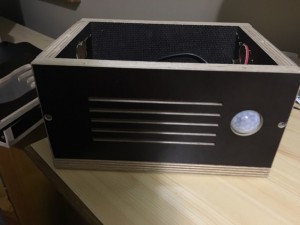 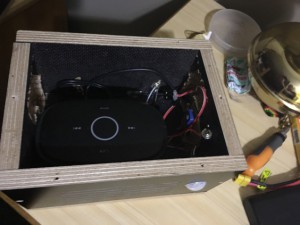 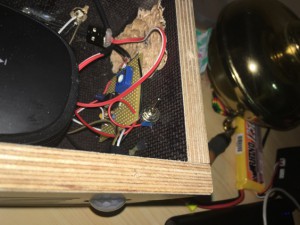 The Controller and the Sound System 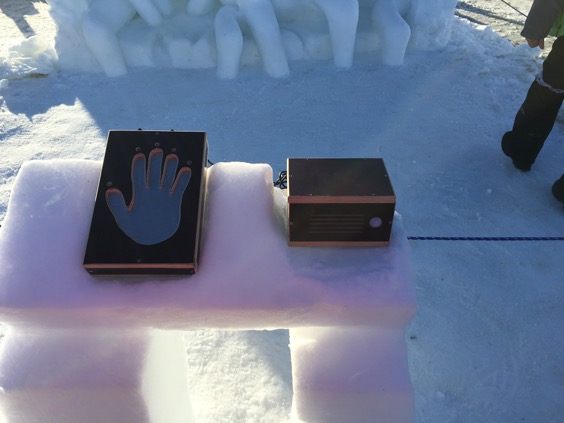 Testing and fixing of broken BT receiver in the Hotel room. 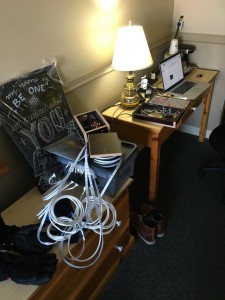 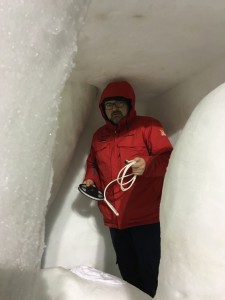