I am currently writing lots of code. I am using processing a great tool to code visual arts. The good news is that I do have already a running version including 3D controller and working output to the blueScreen via UART. The bad news is that I can only do the final testing if I have built the huge LED wall. So at the moment it is a shoot in the dark. Similar situation I had earlier this year when doing the light art for “BeOne“. BeOne was the first interactive snow sculpture in the world done by the great German Snow-sculpting Team. There I developed the hardware and the software without any chance to test it before. What can I say – we were lucky! 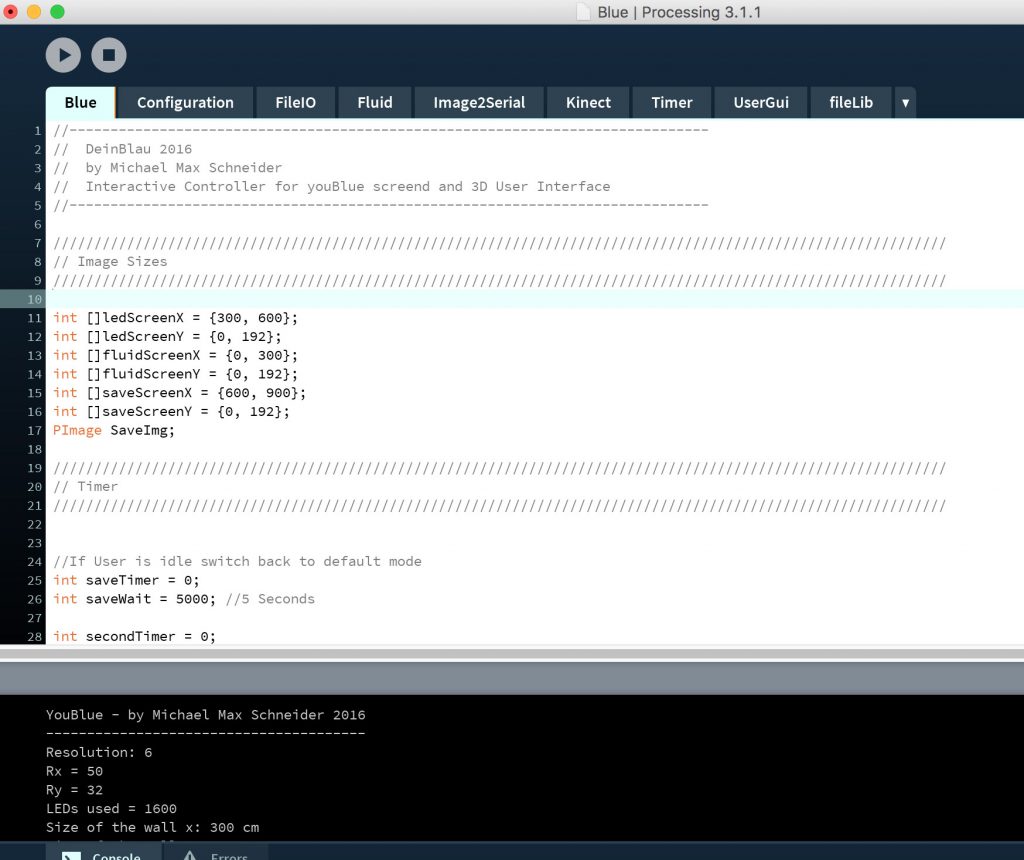 Using the outstanding pixel flow library from Thomas Diewald made things around liquids very easy. Thomas also offered an example for particles in liquids. This example was already so much what I want that I basically just changed minor parts of it.