Today at 13:00 GMT+2 the judges will publish their decision. I must say all the sculptures are well done and the field is very strong. Keep fingers crossed for Team Black Forest! Here the competitors:

The sculpture is done and so we are. The snow carvers party last night was a blast. The remaining Kirschwasser was shared with the carvers. We finished work on the sculpture around 19:00, just one hour before the dead line. After positioning the light we called it a day. The result is beautiful. 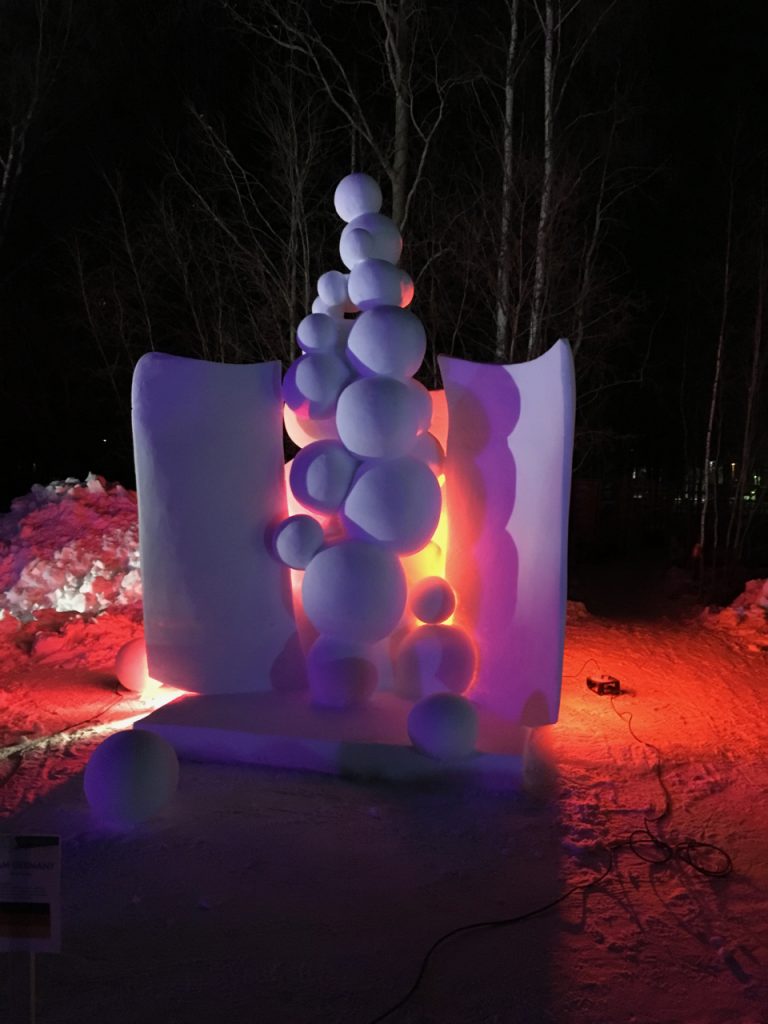 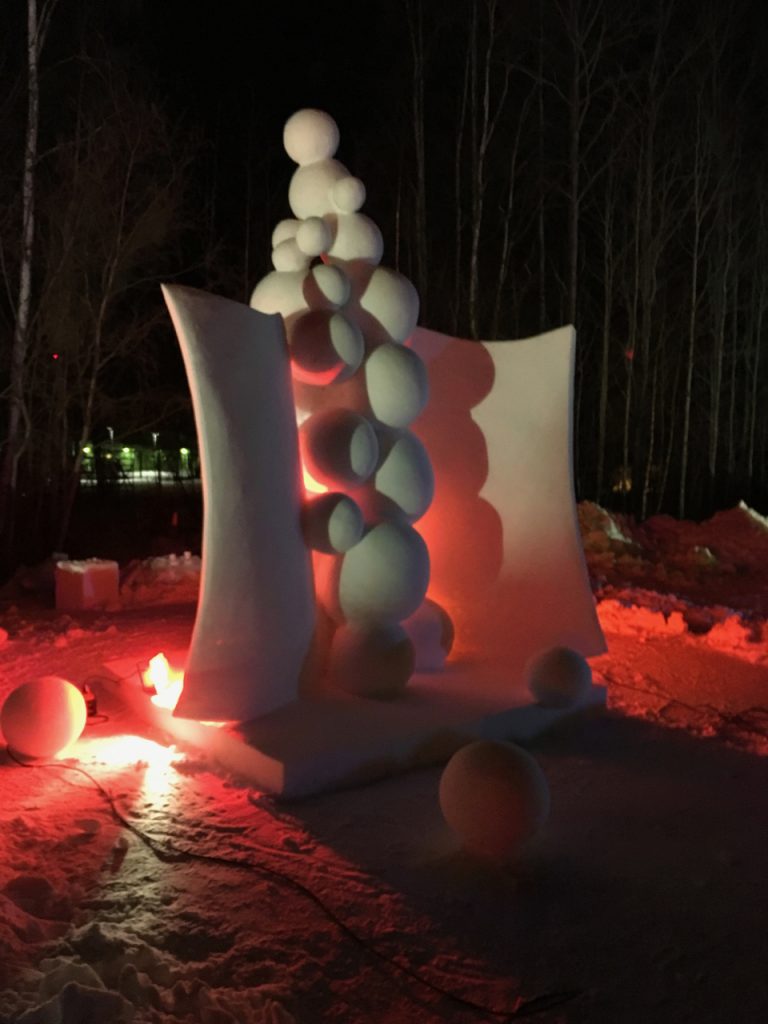 No joke, pain is everywhere. Especially me as a office guy. But Lothar saved our lives when he found a back-massage-chair at the artists lounge. 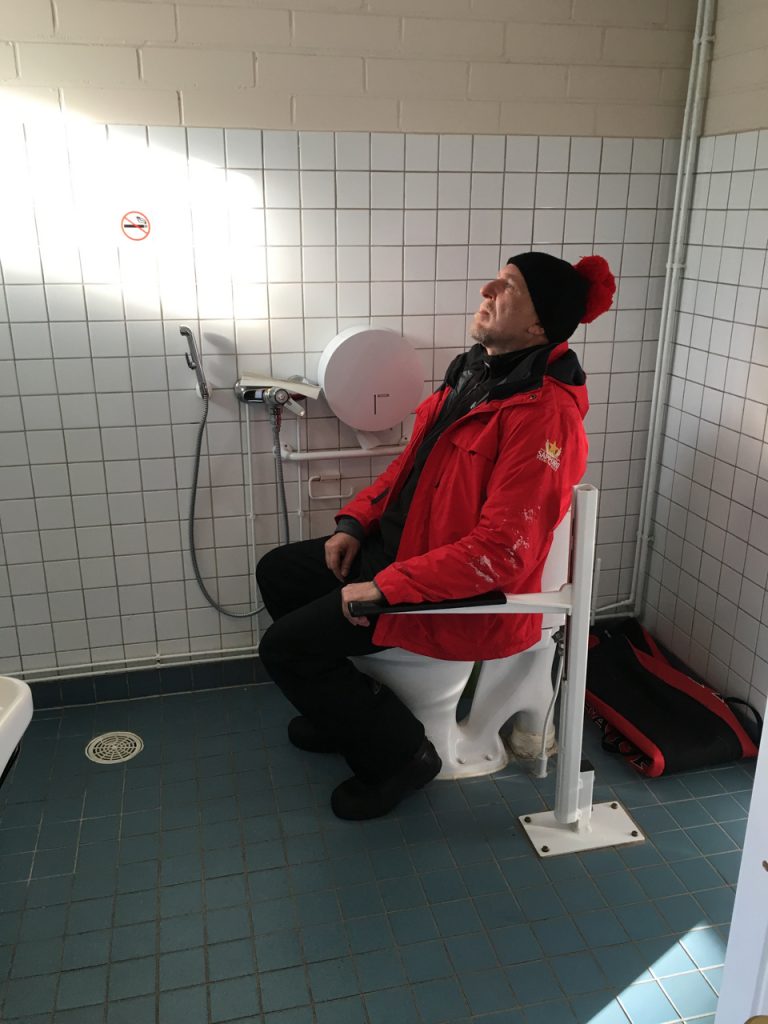 The sculpture as such progresses quite good today. We have now 12 hours left to do the fine-tuning. 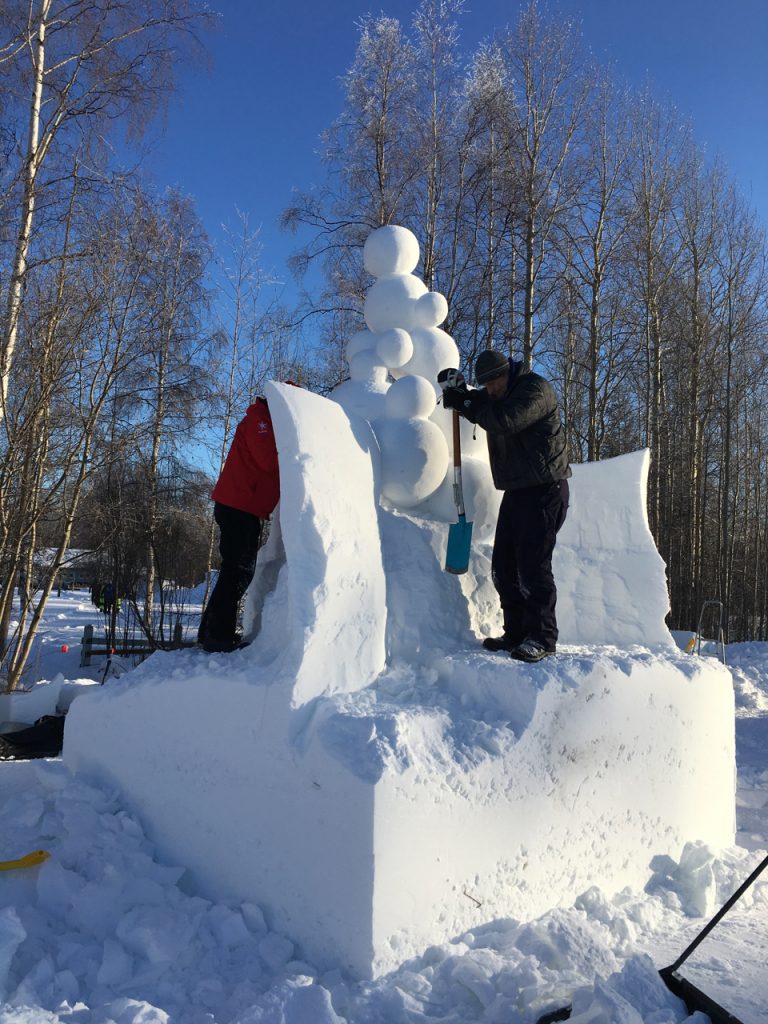 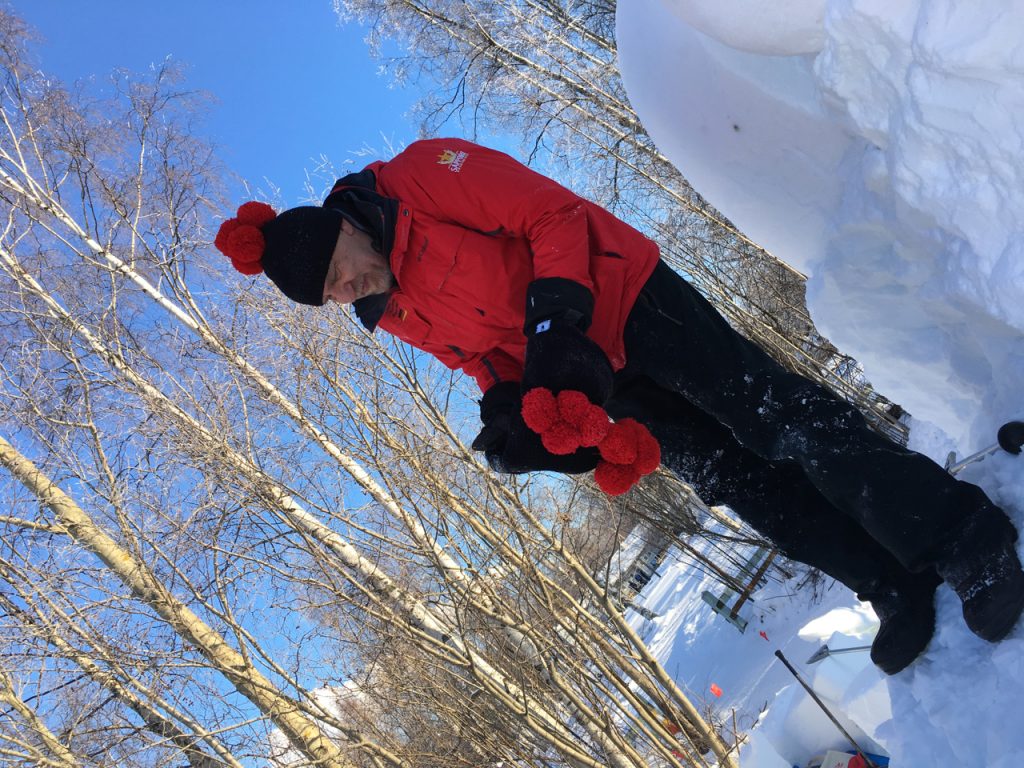 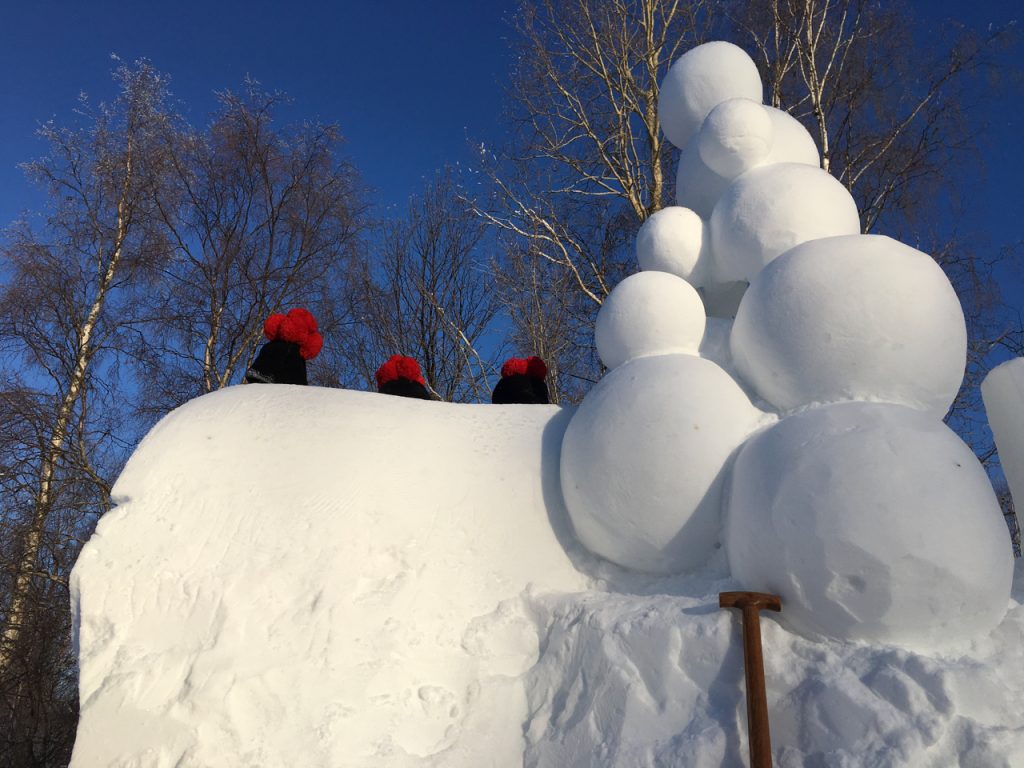 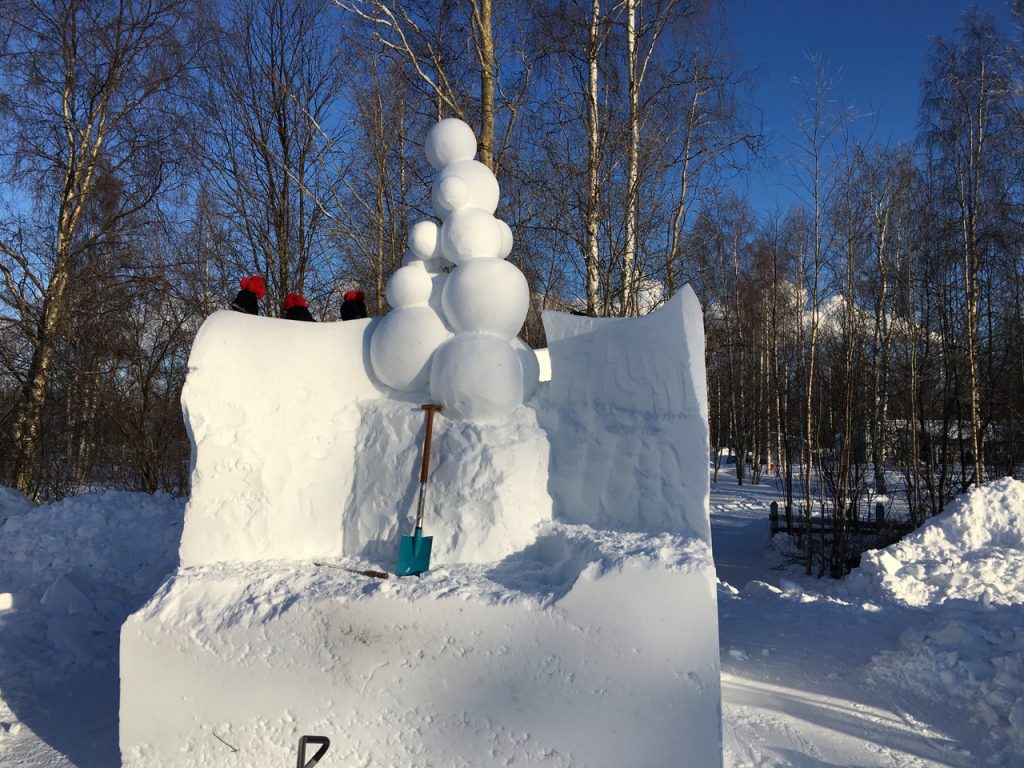 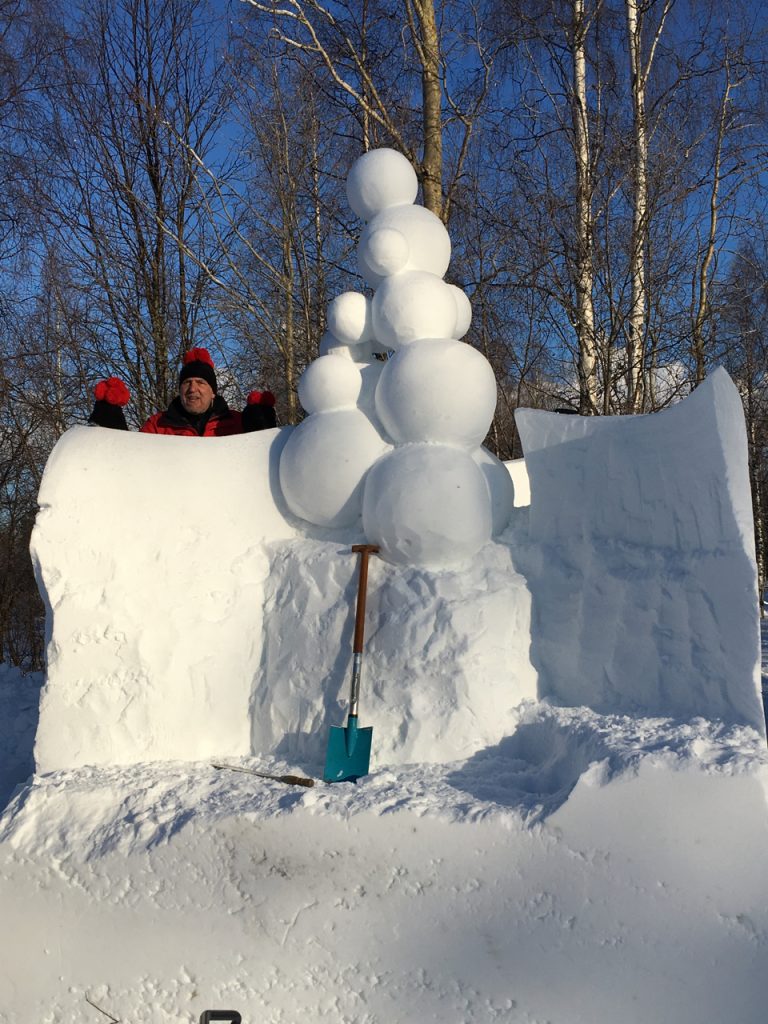 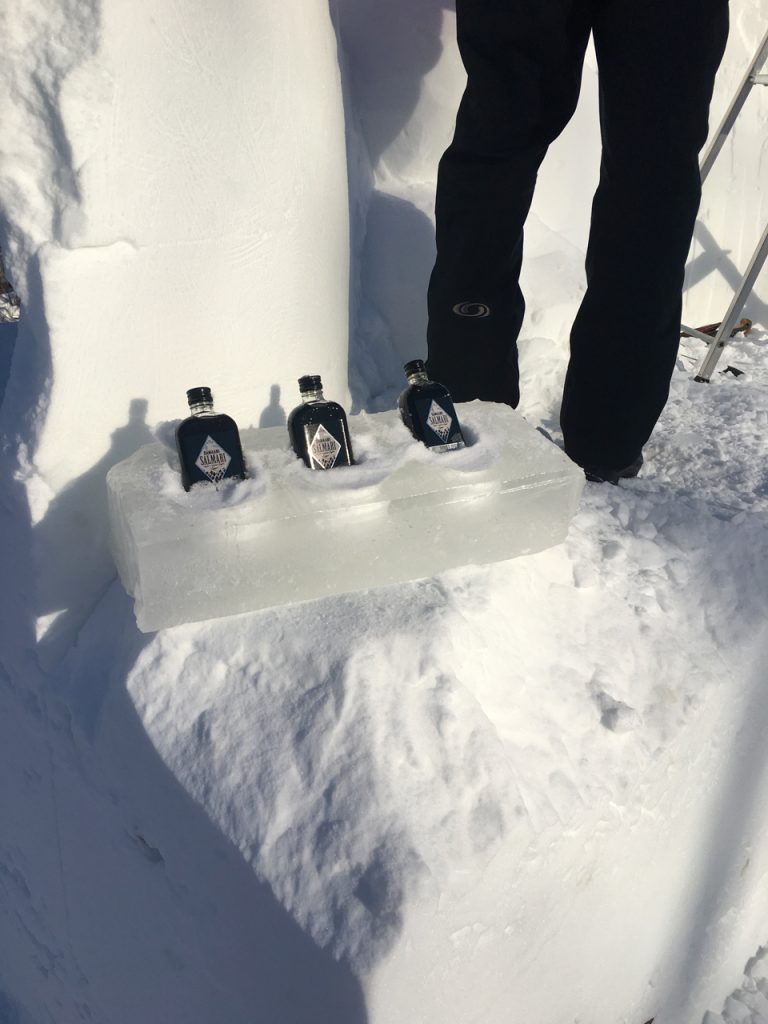 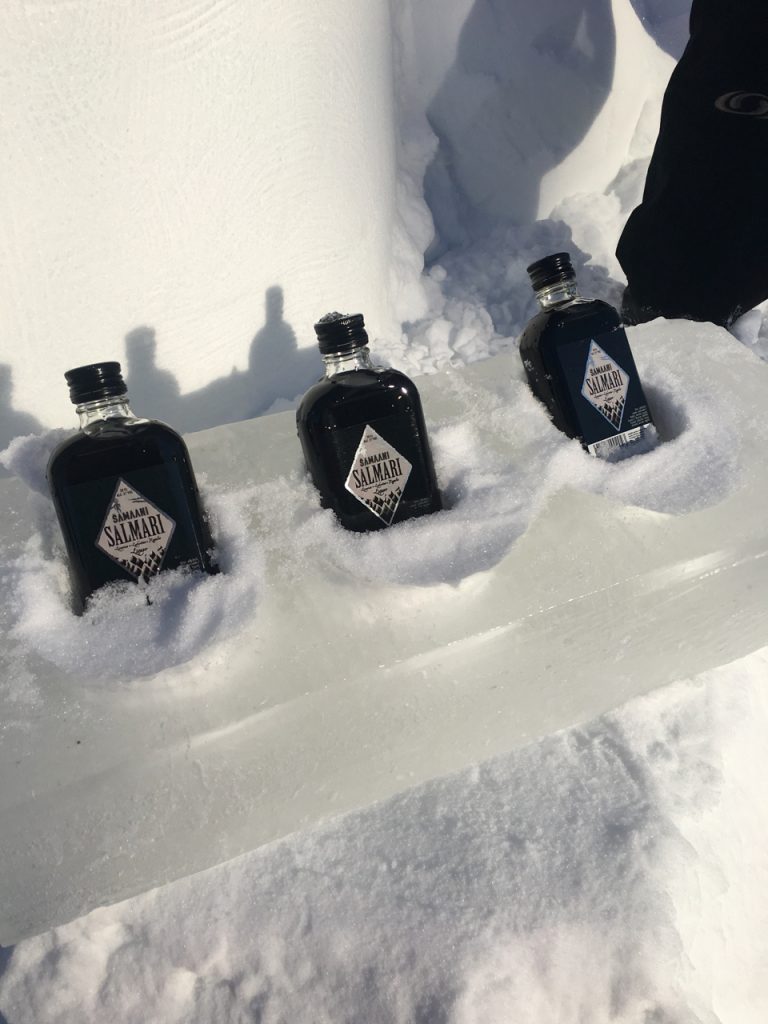 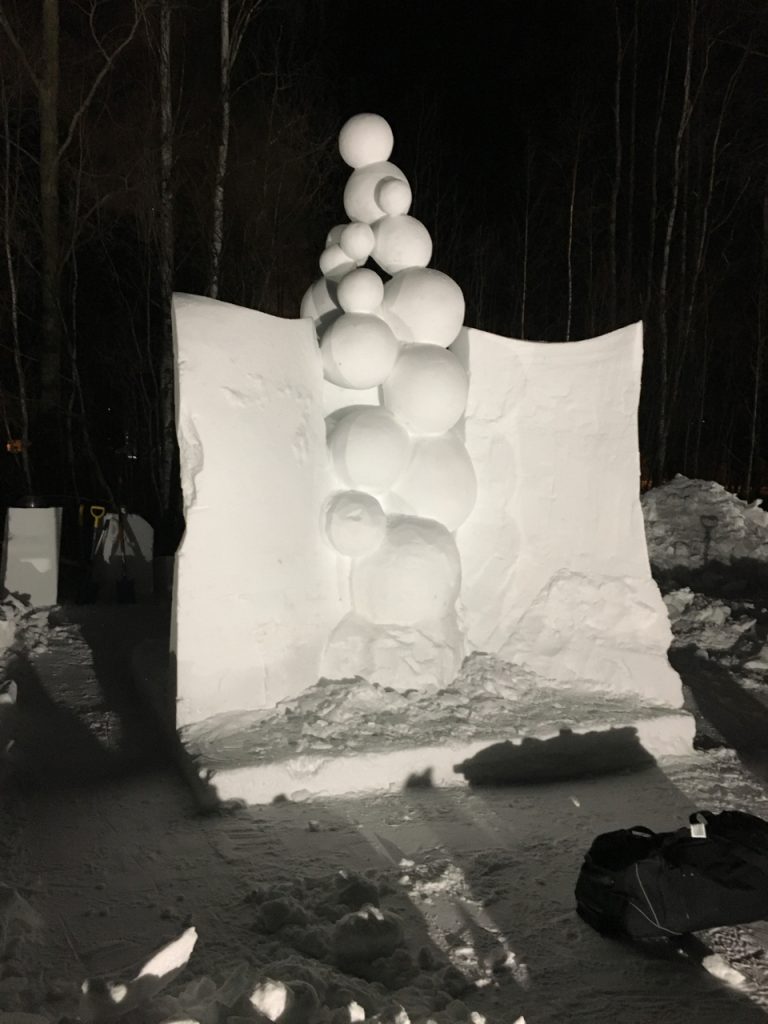 Now we are on the way to the “Snow Conference” where lots of very, very important people talk about the latest techniques and tools in snow carving – pppffftt we know how to carve and so this mandatory event might be a bit of verbal pain for us. Just right now we decided to be late for the opening 🙂 Ups…

I might post some pictures from the conference, where we expect much more fun as I just wrote in a sentence before.  Lothi “the princess” deviate a bit from the dress code 🙂 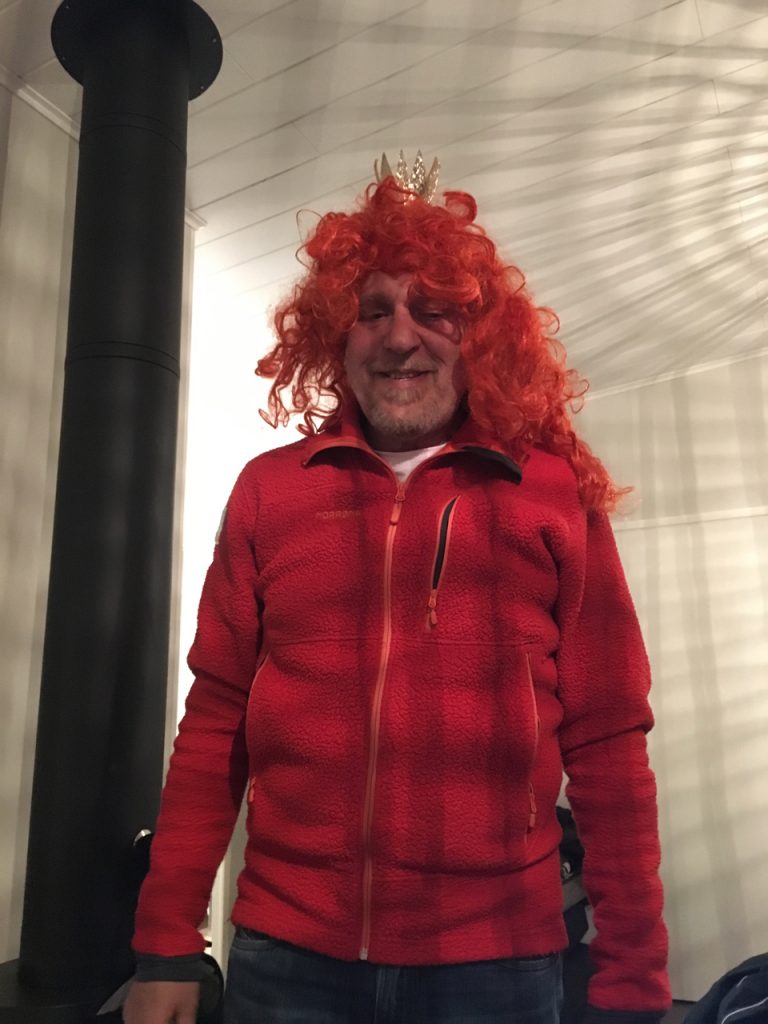 Just got the information that the 2012  Air Guitar World Champ Justin “Nordic Thunder” Howard will perform at the Baltic Snow Call 2018 – We are looking forward to that – OMG!!! 🙂

Day 2 is is over – well nearly over. You may have asked yourself what will the sculpture look like. Here as sketch of the sculpture:

“Every bubble stands for a dream, a wish, hope, friendship and anything which makes life so exciting and unique. The wings of the sculpture models the wind which blows the bubbles up, higher and higher to the sky. At the end all will fade away but hope remains”

We progressed very well on the sculpture. Time flies, but we have 24 hours left. Here some pictures of the current state: 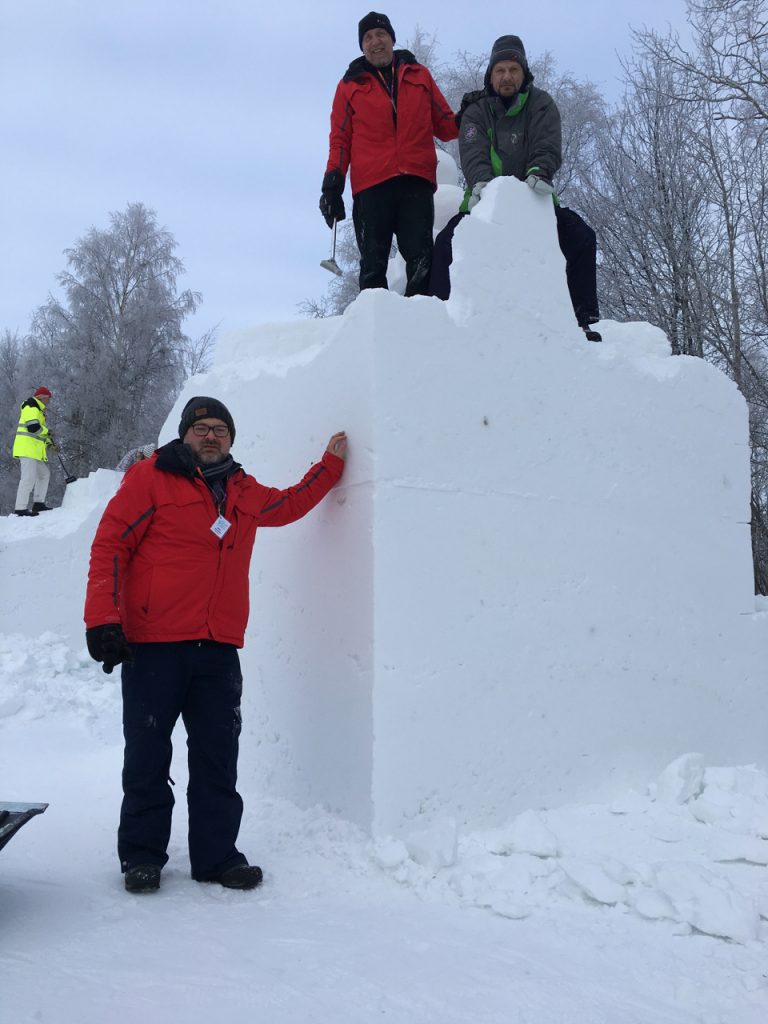 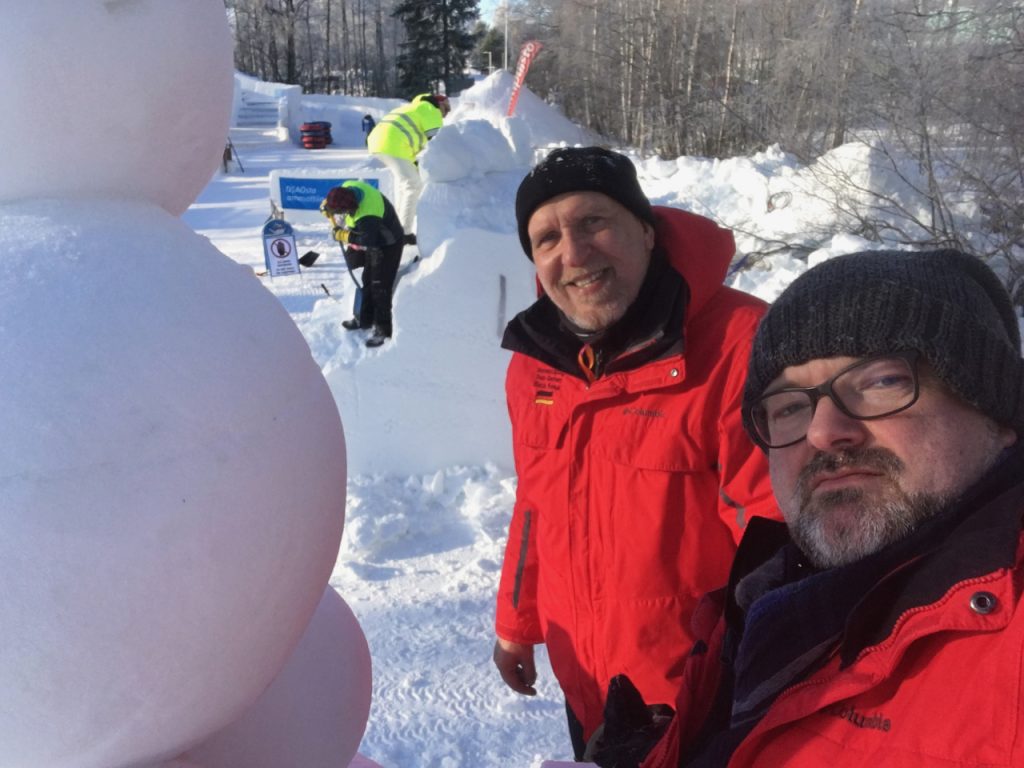 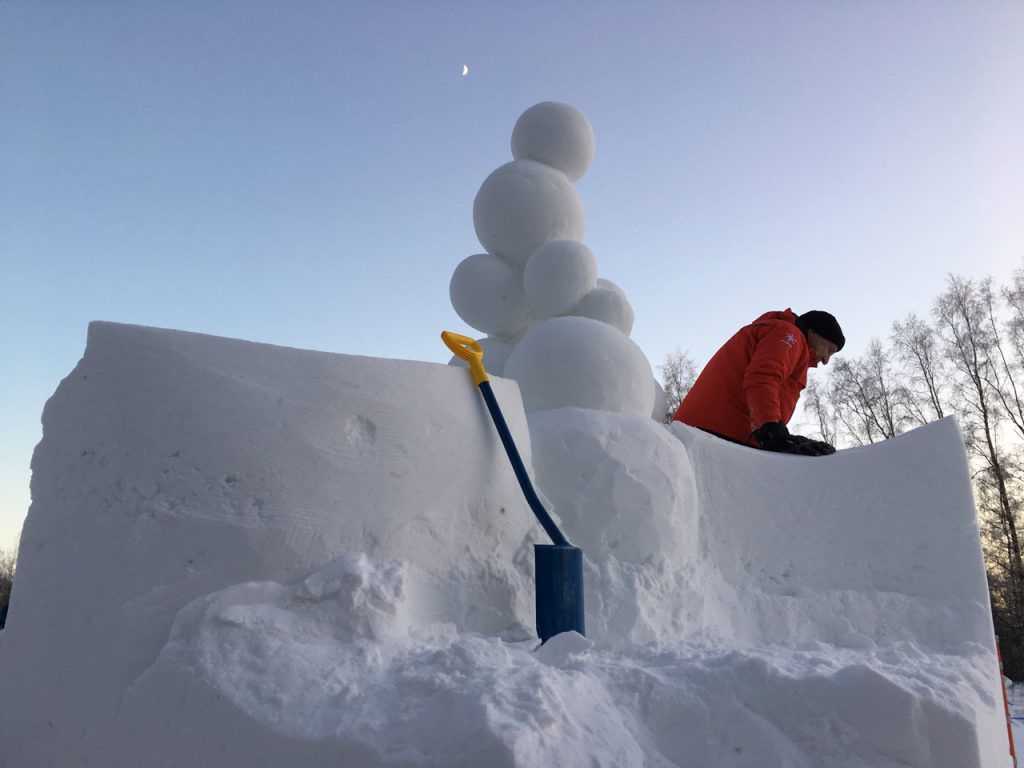 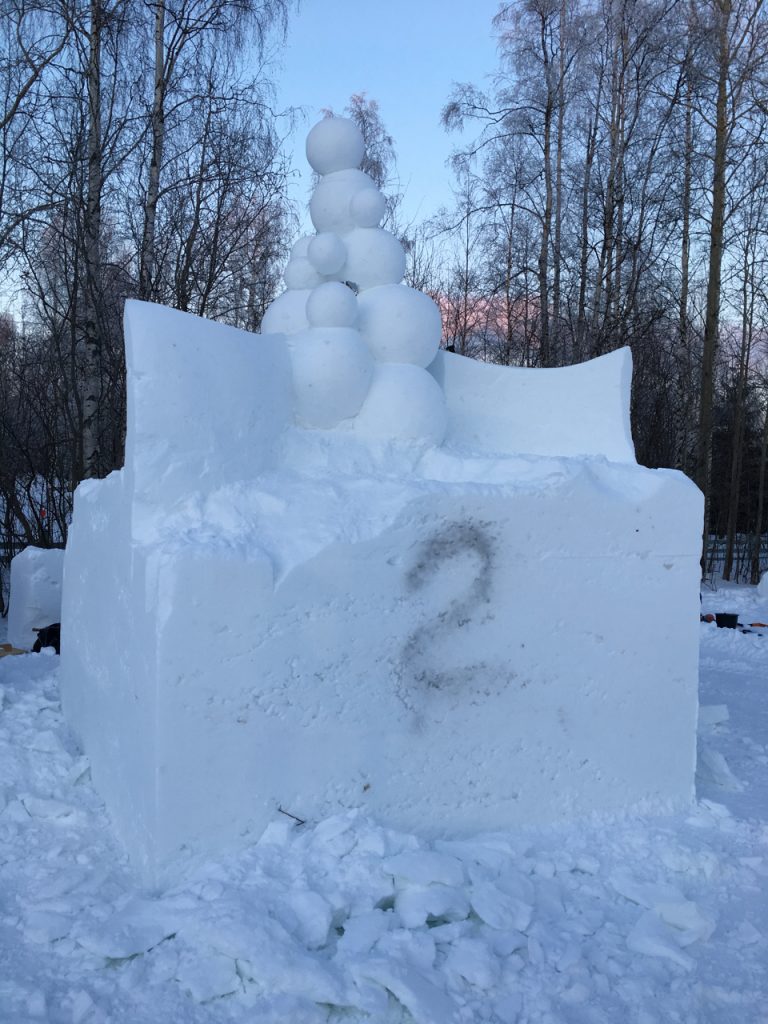 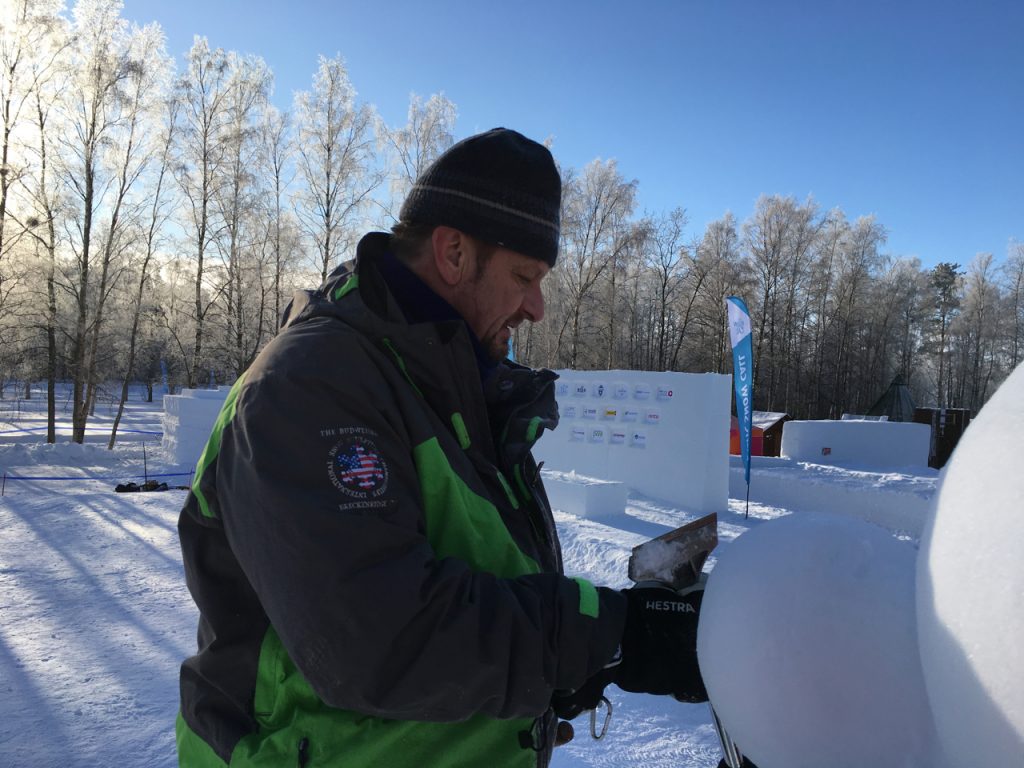 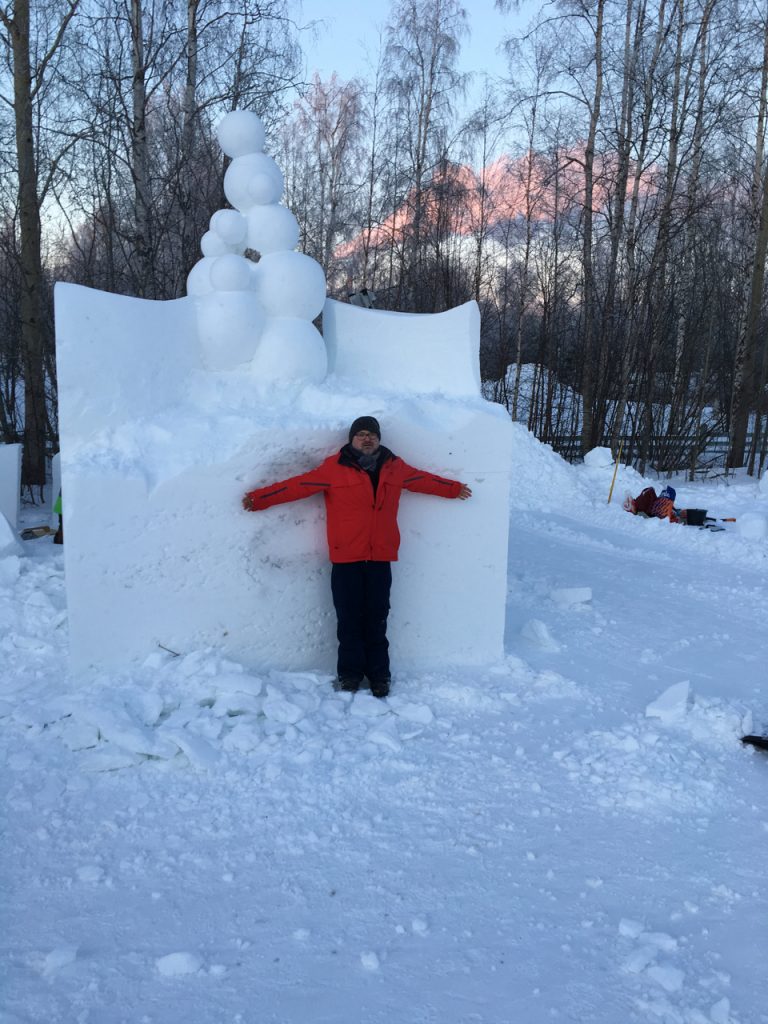 Thanks to Pia (she crochet the hats) we got some really outstanding black forest hats. We took the opportunity tonight to wear them the first time at an official Oulu Town Hall meeting. The whole event was very, very official but the hats made the difference. From now on we wear the hats during carving. 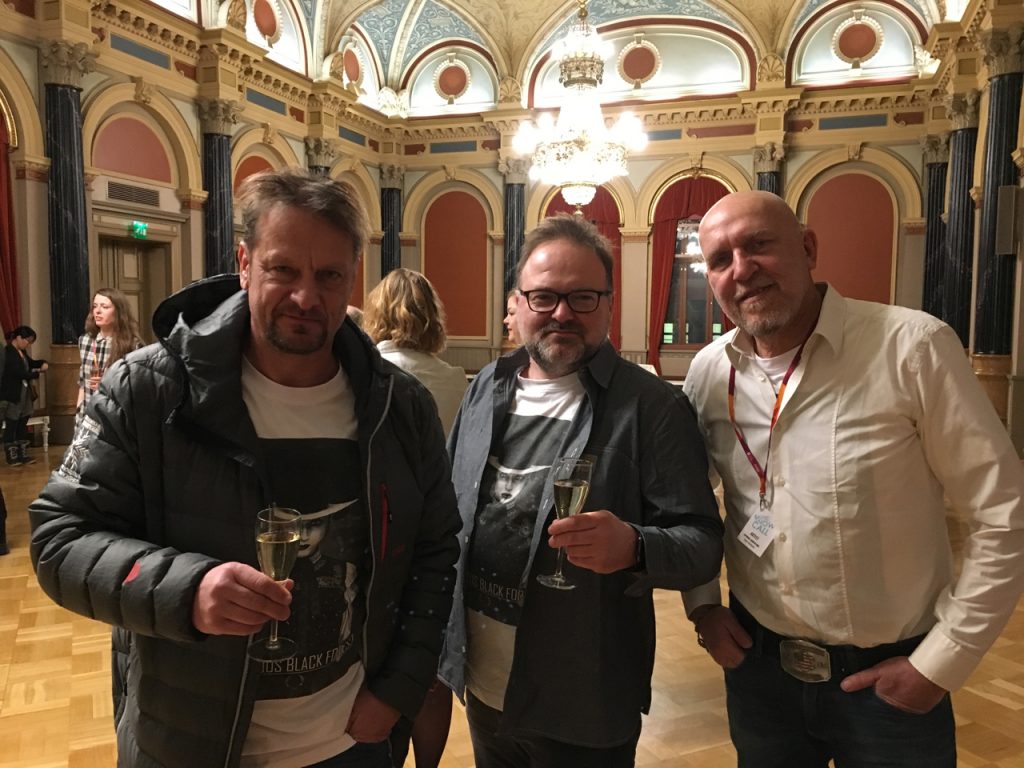 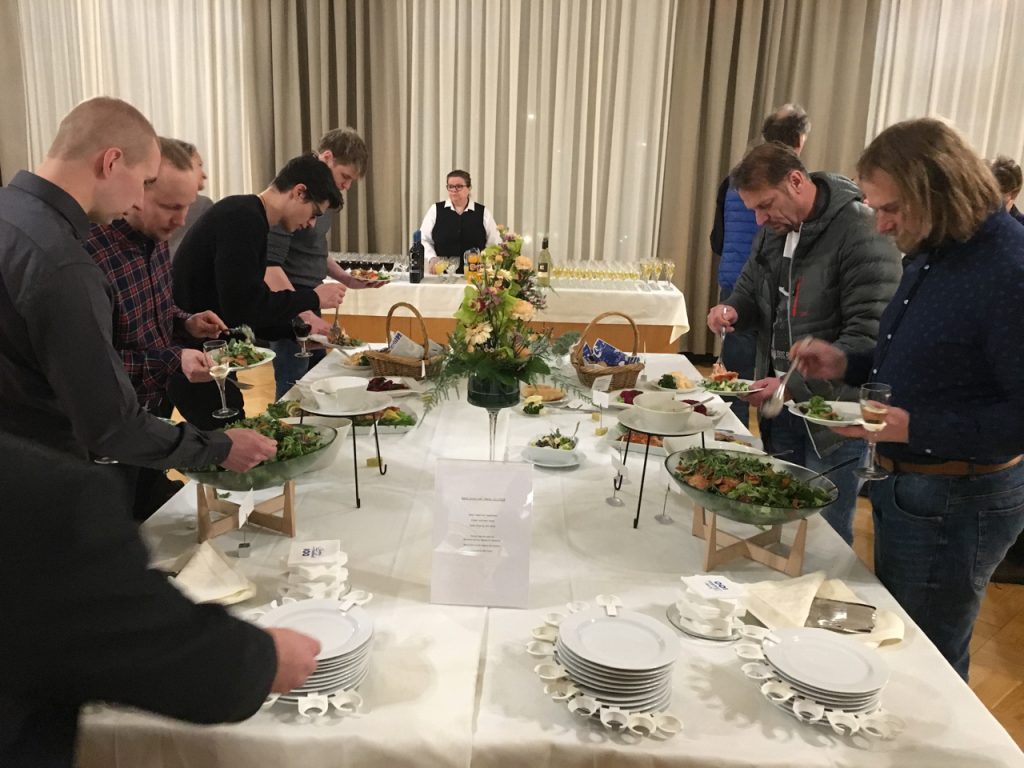 One bottle of Kirschwasser was already empty at the point we opened the second one in the Bus back from the town hall to Nallikari. The first bottle we served strategically during the carving to distract our competitors while carving. But tonight we open the second bottle in the bus and we got an empty bottle back. All the carvers drunk Kirschwasser like there was no tomorrow. Strange, since we would never drink Kirschwasser in Germany – We use it just for Schwarzwälder Kirsch Torte or to disinfect a cut in the finger. But here in Finland, where a small bottle of beer costs around 6€ and Schnaps a fortune, they slammed the Kirsch like water. We are sure that some of the competitors (pictures shows the Norway team) are knocked out tomorrow 🙂 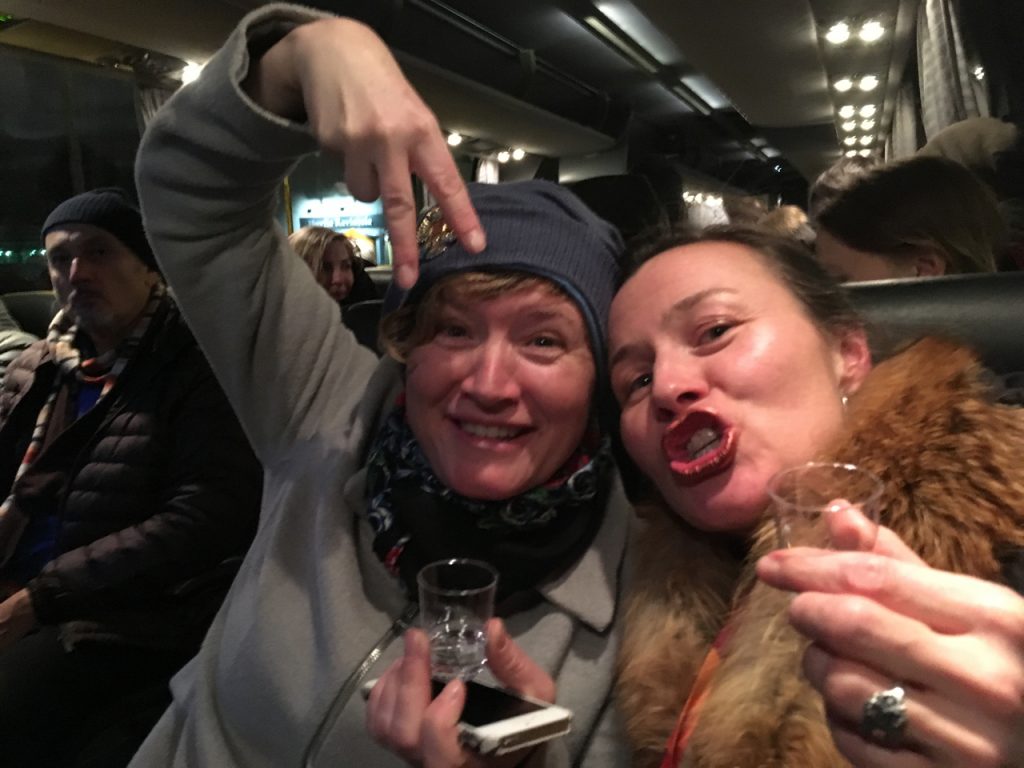 The next surprise for our competitors is the three slices of Schwarzwälder Speck. Not sure how and when we serve it, but since the Saturday Party is in a Finish Sauna we are tending to offer the Speck there. This might be the beginning of a new Finish tradition – or maybe not 🙂

Thanks for all of your nice comments. This always let us feel a bit at home and also it feels like you are all here with us. We miss you!

We started carving today at 16:00. Not many pictures taken since we wanted to progress as much as possible. We only got 40 hours for our sculpture and that is a quite tough timeline. Here are some pictures of the current state: 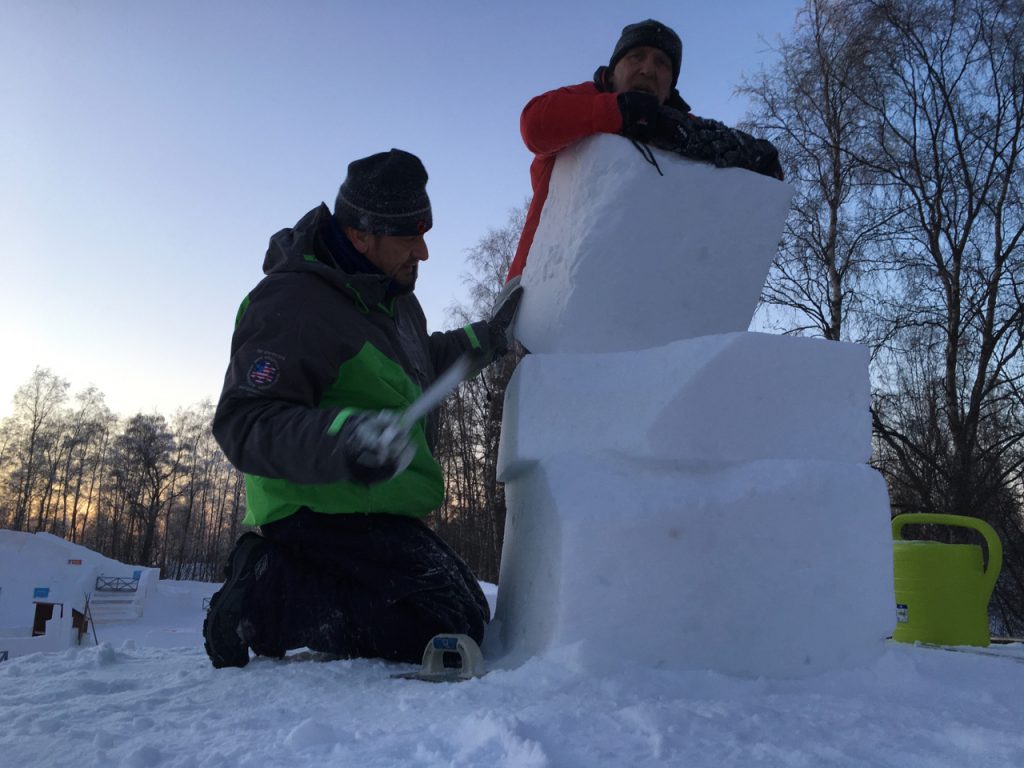 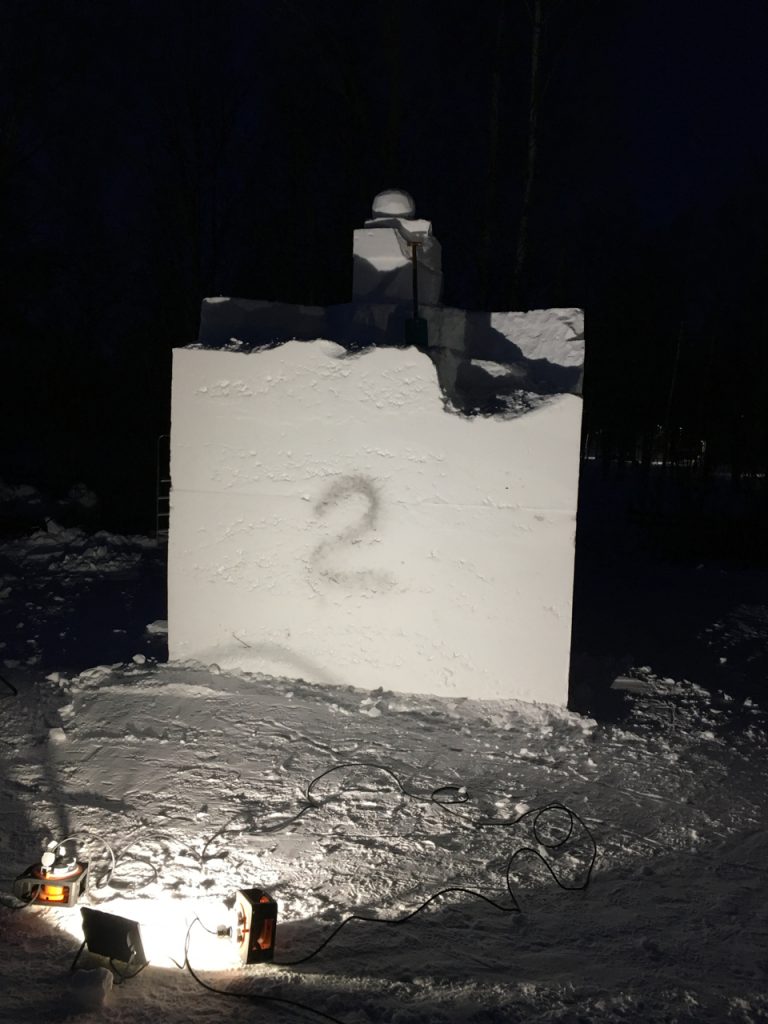 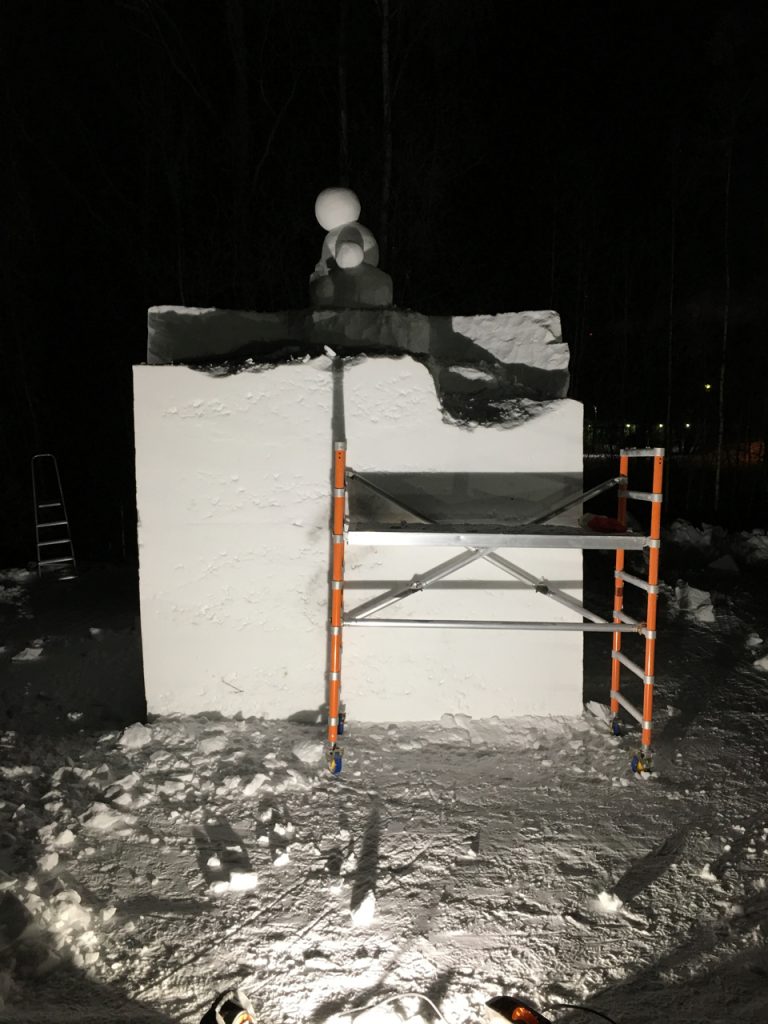 I was shopping today since we ran out of coffee. We were a bit concerned that we might have not enough space in the fridge. But we were lucky. 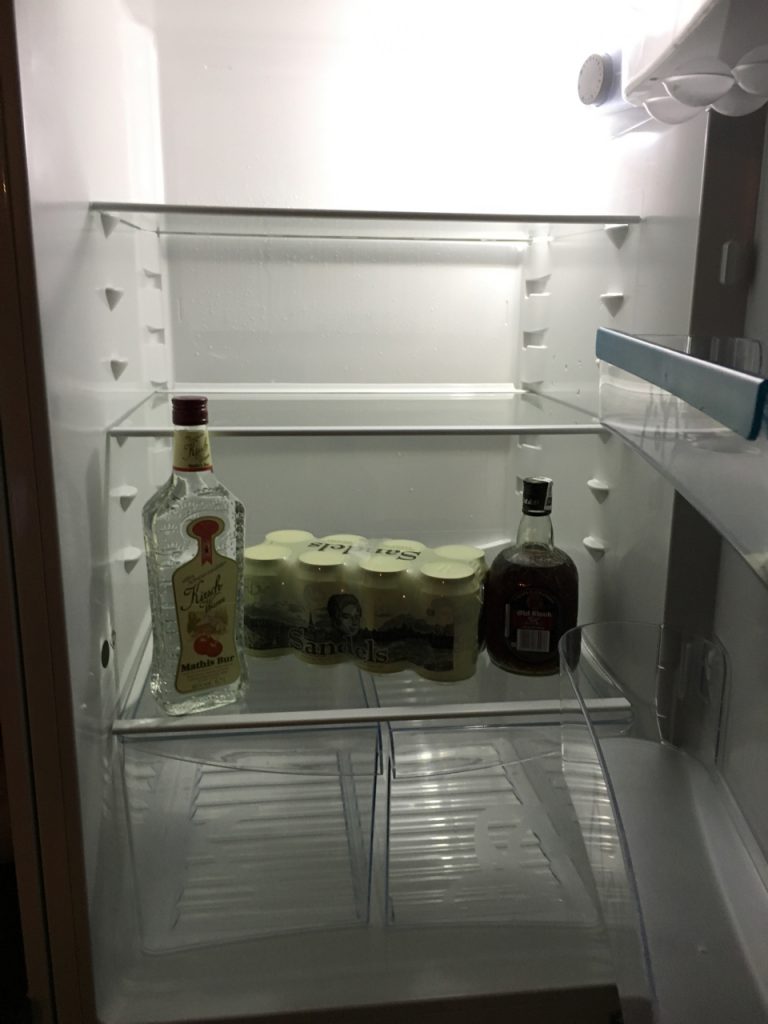 We are now on the way to the carving site. At the lottery we won cube #2 – Not sure which one it is but we will find out in some minutes. More pictures will come later today.

Lothar is getting the carvers-package. 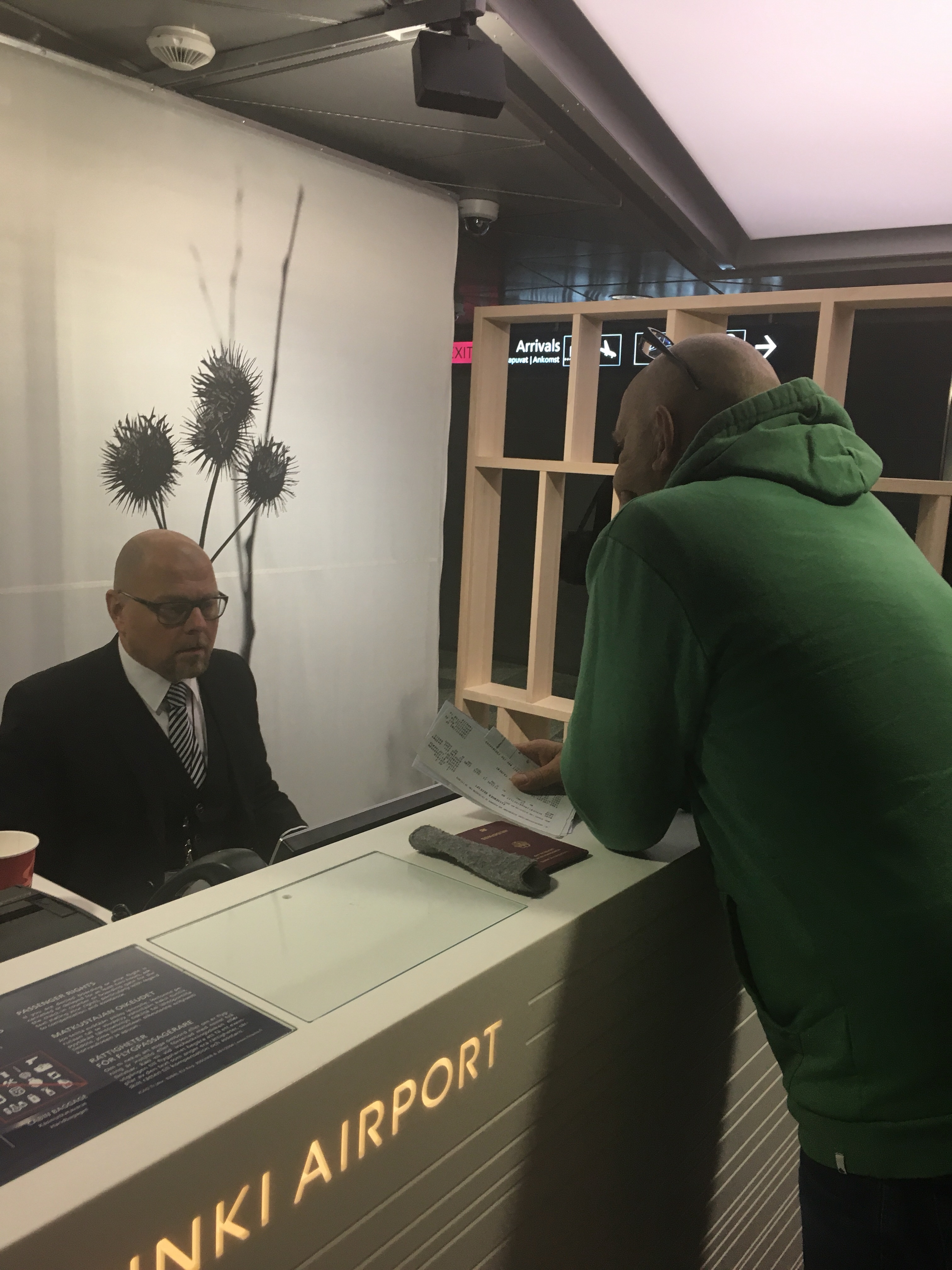 Lothar tried everything at the counter, but there was no mercy from the Finnair staff. So we had to buy three new tickets for the last flight, 200€ each. 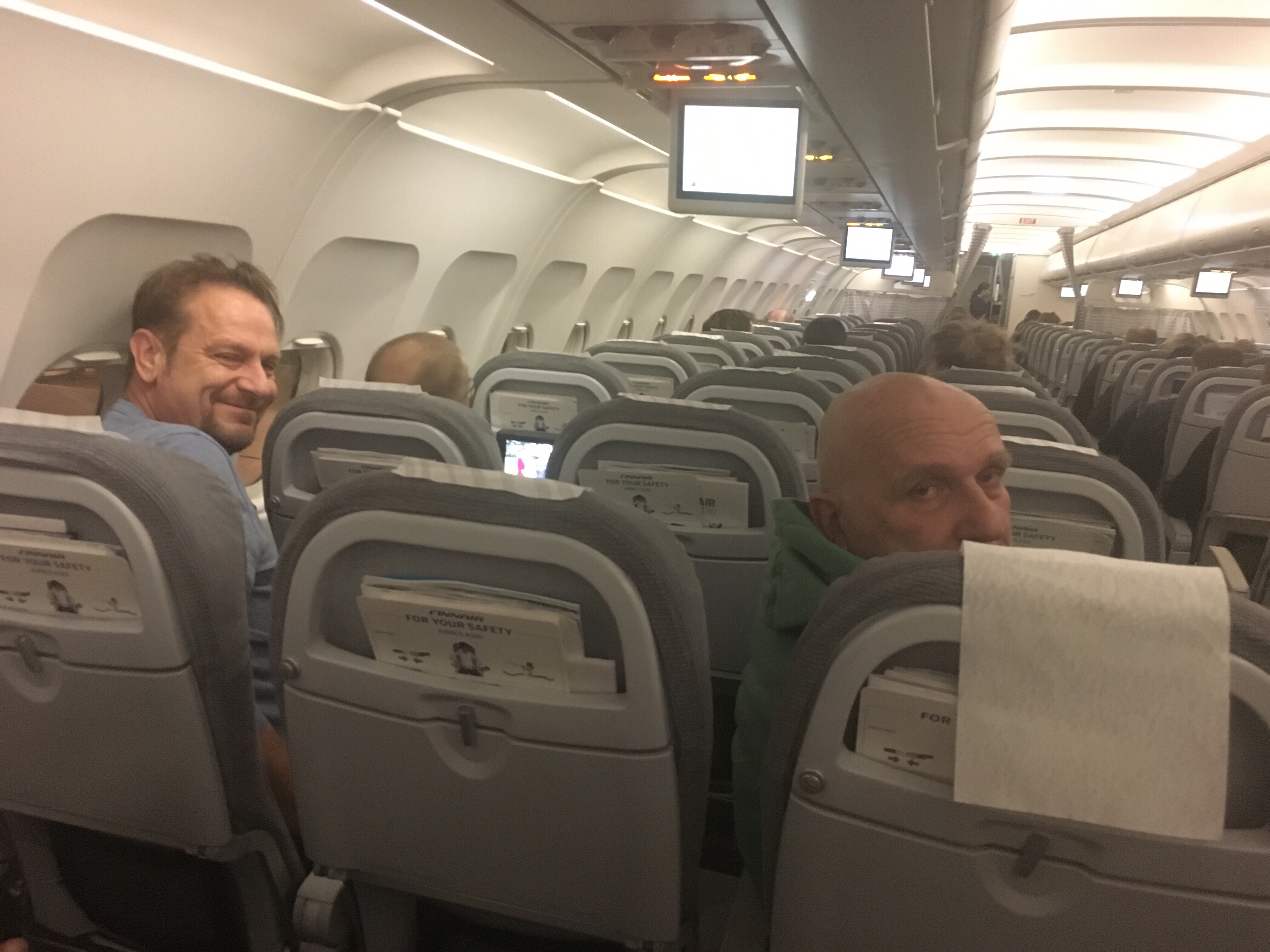 To stay fit and to share a bit of the rituals of the Black Forest with the Finns we put some Schiiibe into our luggage. Hope we find a good ramp there, however there is a table in our Appartement 😜 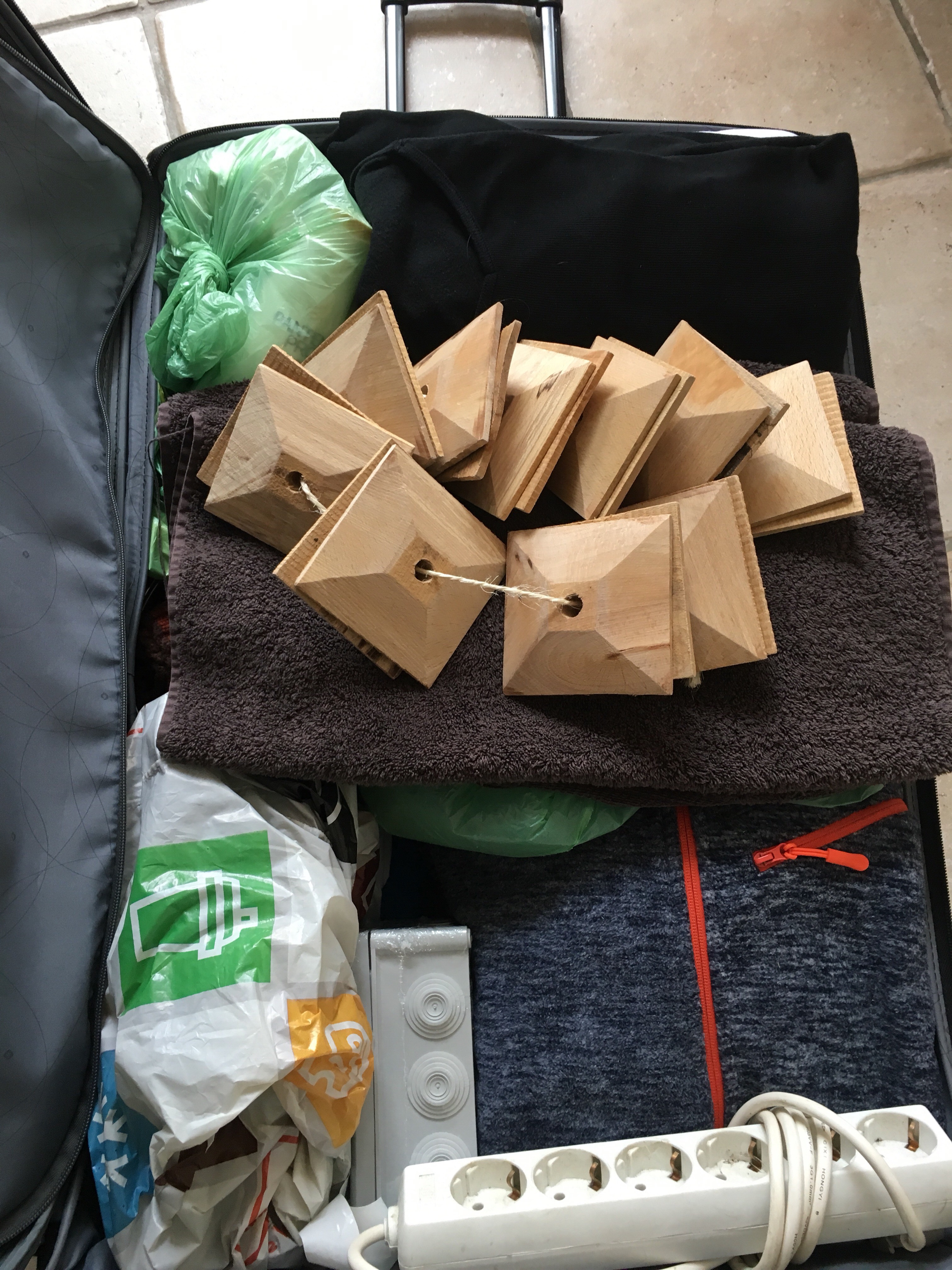